Who's The Boss? Business Owner's Guide To Mastering Administrative Basics 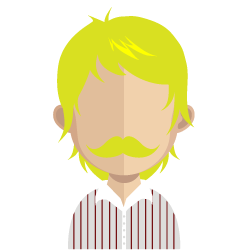 Most small business owners excel at their craft, trade, or service but struggle with some of the basic business fundamentals like accounting or even record-keeping. After spending years helping many businesses overcome struggles like these, I decided to put what I've learned into a site to help others. Whether you just need help with organizational tips or the idea of financial reports leaves you baffled, I hope the information here helps you to not only understand those areas where you struggle but overcome those struggles. Read on to see how you can refine your business management skills with the tips that I've shared.

With the rise of everything wireless, many companies and work-from-home employees, are turning to phones that run over their Wi-Fi (or wired) network. These types of solutions are considered voice over IP (VoIP) solutions since they run over a network that was originally designed for transporting packets of data, not voice.

Why are these VoIP solutions so popular? For starters, laying copper cabling for traditional phone systems is expensive. Think of every drop in a building that could require a phone so someone "might" use it if they sit at a desk; that is a lot of phones! The second part of that thought is that they "might" use it. Most people are used to doing calls over their computer, or on their cell phone, where they want to make the call and when. Sure, there are people who have traditional desks, but with the rise in remote workers, partial remote workers, or even flexible working arrangements in offices, having a single phone, at a desk, tied to a single person is an archaic concept. Having phones that instead utilize the underlying WiFi and network allows greater freedom to layout office space and working arrangements to match the company's (and employee's) working philosophies. You can even opt for a hosted IP approach that allows a 3rd party to host your phone exchange and manage the connections for incoming/outgoing calls to your employees' VoIP phones or mobile phones.

So, now that you have this great vision of VoIP and the freedom it brings, the underlying network must be set up to support the demands of a VoIP solution. Modern VoIP solutions are not just audio, but video, too. These systems, such as Microsoft Teams or Zoom, have high streaming video requirements — they bring workers together, but also put significant demands on your Wi-Fi.

To combat the difficulties that you face in moving to a complete VoIP solution, you need to make sure that you have QoS (Quality of Service) configured to isolate the streaming video and audio traffic that will be required of your VoIP solution. There are various mechanisms that allow you to do this, whether you isolate traffic off on VLANs (virtual LANs) or utilize systems that have deep packet inspection to automatically classify and categorize traffic so it is prioritized into the correct pathways for VoIP. The key thing is to have an accurate understanding of the demands that will be put on your network for all of your network loads so you can provide enough capacity (known as bandwidth), coverage (the area that you need to provide Wi-Fi over), and connections (the number of concurrent users in a given area connecting to an individual access point). For high traffic areas, you will want to look at some of the latest access points that utilize Wi-Fi 6, a standard optimized for dense connections and management of multiple network access requests.

Finally, make sure that the underlying wired network is capable of handling the increased bandwidth that comes from adding a VoIP-only phone solution. Wired switches at the edge are typically 1Gbps connections (some are less). By updating these to handle 2.5Gbps per port or, even in some cases, 5Gbps or 10Gbps, you will have the capacity to handle the normal network traffic and VoIP.

Running phones over your wireless and wired networks allows you to leverage the same infrastructure you have to manage anyway to now provide phone connectivity via laptops and mobile devices. When you set this up right, it can be everything you are looking for in a technology that can bring people face-to-face over video while still supporting your audio-only calls.